Aliens of Exceptional Ability and Professionals with Advanced Degrees

Members of the professions who I hold advanced degrees or (ii) have exceptional talent in the sciences, arts, or business and (iii) will significantly advance the national economy, cultural or educational interests, or the welfare of the United States are included in the second preference employment-based category. A U.S. employer must also be looking for the person's services in the business, arts, or sciences.

The position offered must require (and the candidate must have) either (i) a master's degree (or foreign equivalent degree) in a specialty area; or (ii) a bachelor's degree (or foreign equivalent degree), plus five years of increasingly responsible experience in the area of specialty, in order to qualify as a member of the professions with an advanced degree.

An individual must be able to demonstrate at least three of the following in order to be considered an alien of extraordinary ability. (i)degree in the area of exceptional ability; (ii) letters from current or former employers attesting to at least ten years of full-time employment; (iii) a licence to practise a particular profession; (iv) proof of commanding a high salary or remuneration demonstrating exceptional ability; (v) membership in a professional organisation; or (vi) recognition for accomplishments and significant contributions to the industry or field by peers, government officials, or other influential parties

Note that if the aforementioned categories don't apply, equivalent proof may be provided. Expert opinion letters may be included among this proof. Note that letters created for the petition'recognizing' the person's achievements may have more weight than "formal acknowledgement" in the form of diplomas and other paperwork that are contemporaneous with the stated contributions and achievements.

Foreign nationals who request a "national interest waiver" must first show that they are in a profession that requires an advanced degree (or its equivalent) or that they will significantly advance the national economy, cultural or educational interests, or welfare of the United States due to their exceptional talent in the sciences, arts, or business. The self-petitioner must also show that it would be in the interest of the country to waive the need that an employer in the United States make a job offer. Therefore, people seeking a national interest waiver may self-petition (i.e., they do not need an employer to sponsor them) and submit their Form I-140, Immigrant Petition for Alien Workers, together with their uncertified labour certification, to USCIS.

In December 2016, the AAO issued a precedent decision, Matter of Dhanasar, 26 I&N Dec. 884 (AAO 2016), which overturned NYSDOT, on which USCIS commonly relied when deciding NIW petitions, overturning nearly two decades of precedent on how someone qualified for the National Interest Waiver.

After EB-2 classification eligibility has been established, according to Matter of Dhanasar, USCIS may grant an NIW if the petitioner can show, by a preponderance of the evidence that

1.The proposed project by the foreign national is significant for his country and has much merit.

2.The foreign national is in a good position to further the suggested project.

3.Overall, it would be advantageous for the US to waive the labour certification and hence the requirements of a job offer. 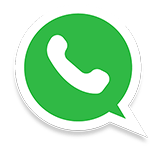